Skip to content
Posted in Uncategorized By Adam LevyPosted on October 21, 2022 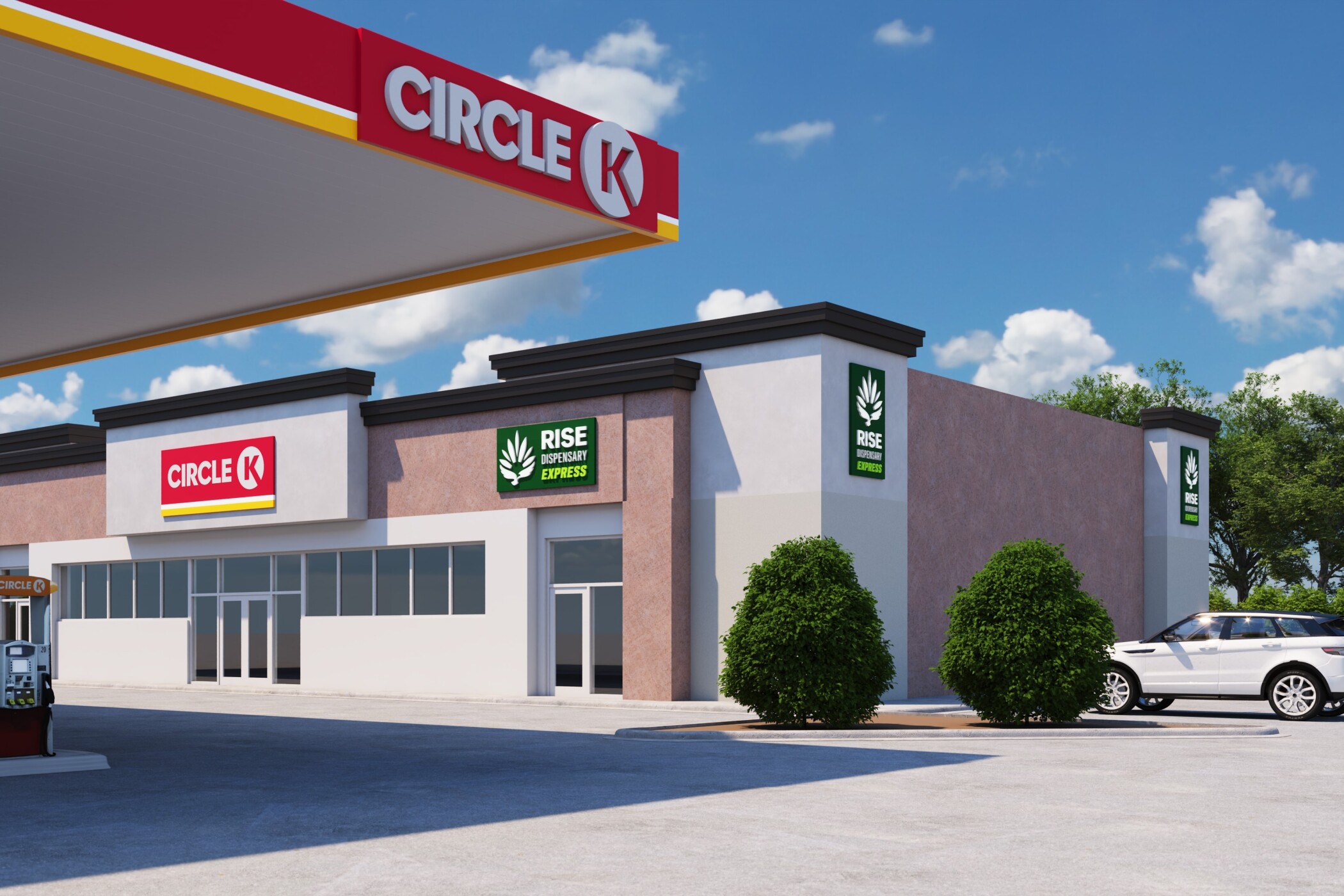 Circle K, a global convenience store chain, is partnering with a second cannabis provider to open licensed marijuana dispensaries adjacent to its retail sites, this time in Florida.

The lease agreement between Circle K, owned by the Canadian company Alimentation Couche-Tard, and Chicago-based Green Thumb Industries clears the way for the chain to roll out and test its Rise Dispensaries at roughly 10 of the chain’s stores in the Sunshine State. Those retail cannabis sites, slated to start debuting next year, will be called Rise Express.

The exclusive deal with Green Thumb announced this week isn’t ACT’s first foray into the fast-growing cannabis market. Since 2019, ACT has been an investor in the Toronto-based cannabis retailer Fire & Flower. The two companies already kicked off a pilot program similar to the one that ACT now has with Green Thumb. Fire & Flower debuted two dispensaries adjacent to Circle K stores in Canada and last month said its third one has opened and is co-located adjacent to a Circle K store at 1990 Steeles Ave. W in Brampton, Ontario. Fire & Flower plans to have 10 overall dispensaries at Circle K within the next year.

Green Thumb said its pact to lease space from Circle K will allow it to expand its retail footprint, and the strategy is similar to the approach others have taken to quickly propel brick-and-mortar growth via store-in-store concepts. For example, beauty retailer Sephora is opening boutiques at all of Kohl’s department stores. And Toys R Us this holiday season will have shops within Macy’s stores. The stores-in-stores can also generate foot traffic for their host retailers.

“The opening of Rise Express stores at Circle K locations is a game-changer,” Ben Kovler, Green Thumb founder, chairman and CEO, said in a statement. “Convenience is a strong channel in retail, and people want more access to cannabis. The new Rise Express model is a huge step forward in making it easier and more efficient for patients to purchase high-quality cannabis as part of their everyday routine when stopping by their local convenience store.”

Green Thumb will supply its Florida convenience store locations with products from the company’s new 28-acre cultivation facility in Ocala, which will be operating by the end of the year. Green Thumb entered the Florida market in 2018 and owns and operates medical cannabis retail stores in Bonita Springs, Deerfield Beach, Hallandale Beach, Kendall, Oviedo, Pinellas Park and West Palm Beach. The firm also has an existing cultivation and processing facility in Homestead.

Circle K, one of the largest U.S. convenience store chains, has roughly 600 stores in Florida. Medical marijuana is legal in the state, and over 700,000 residents are registered active cardholders in its medical marijuana program. The Rise Express stores will offer patients a selection of branded cannabis products including Rythm premium flower, Dogwalkers pre-rolls, Incredibles gummies and &Shine vapes.

Fire & Flower is also expanding. Through the strategic investment of ACT, the cannabis company said it has “set its sights on global expansion as new cannabis markets emerge and is poised to expand into the United States.”

Stéphane Trudel, CEO of Fire & Flower, said in a statement last month about the latest cannabis-site opening that “this convenience-based shopping model is a major step change in the industry and provides a competitive advantage for both Fire & Flower and Circle K in the transformation of the cannabis consumer shopping experience.”

Trudel, a former ACT executive, added that Fire & Flower expects to reach a total of 10 Circle K co-located stores “operating using its technology and brands within the next 12 months. The opening of this store in the GTA [Greater Toronto area] demonstrates our progress towards this goal and builds upon the two pilot stores that are already open and operating in Alberta.”